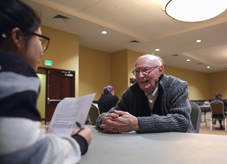 The B Sharp program is a community effort that required collaboration, communication, and a commitment to creating a dementia-friendly community through events like B Sharp. It is made possible through the efforts of Colorado State University, Fort Collins Symphony, Alzheimer’s Association, the Larimer County Office on Aging and Dementia Friendly Communities of Northern Colorado. B Sharp, launched in 2015, provided 30 people with dementia and a primary caregiver the opportunity to attend five Fort Collins Symphony Masterworks concerts during the 2015-16 Season. The study explored a number of factors, including the impact of the music on the cognitive ability of participants with dementia, the social connections between the caregiver and person with dementia, and the degree to which study participants feel supported by the community. Data was collected over the nine month span of the program and exploratory analysis conducted revealed statistically significant improvements over the course of the program, despite participants having a neurodegenerative disease.

In our lab, we employ a variety of electrophysiological paradigms, including mismatch negativity (MMN), to assess differences in neurodevelopment related to maternal psychopathology during pregnancy, exposure to antidepressants during pregnancy, and exposure to nutritional supplements, such as omega 3 fatty acid docosahexaenoic acid (DHA) during pregnancy.We also study the neural underpinnings of temporal processing, binge drinking, and various measures of executive functioning.  Currently, we use event-related potentials to study brain related activity associated with emotional responses and cognitive processes across a wide range of clinical populations. 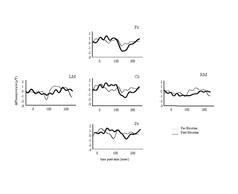 We use a variety of methods to assess temporal processing, including behavioral measure, neurophysiological indices and functional imaging.  Our research focuses on changes in one's ability to process time associated with development, psychopathology, and personality attributes.  We are also  interested in how time processing affects higher level cognition, one's music and athletic abilities, and how one approaches cognitive tasks.

MMN as a Marker for Psychosis in College Students 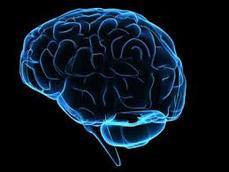 We also study how certain event-related potentials may be used as potential markers for development of psychological disorders.  Specifically, one of our current studies investigates whether mismatch negativity, MMN, a measure of auditory sensory memory that has consistently been found to be characterized by a reduced amplitude in schizophrenia, may pick up more subtle signs of psychosis in sub clinical populations.